Logitech Ireland announced the creation of more than 50 new job opportunities over the next three years across wide-ranging roles, including design, engineering, IT and supply chain functions. An award-winning design company and maker of cloud peripheral products, Logitech is a long-standing proponent of flexible working and is expanding its staffing of several teams at its Cork office.

Logitech’s office in Cork was first established in 1988 and moved to its current site on Airport Business Park, Kinsale Road, in 2013. Over the years, it has grown to be one of the key offices in Logitech’s global footprint, a site hosting approximately 200 talents in design, engineering, product development, finance, supply chain, people & culture and IT. It also hosts leaders of Logitech’s sustainability team, addressing Logitech’s commitments to climate change, carbon impact and transparency, and renewable energy.

Tánaiste & Minister for Enterprise Trade & Employment Leo Varadkar TD said: “I am very pleased that Logitech has announced the creation of 50 new jobs over the next three years at their office in Cork. Ireland is a really attractive destination for technology companies, due in large part to our strong pool of talent. I wish Logitech the very best as they continue to develop and grow its operations in Ireland.”

Elaine Laird, Logitech’s head of global supply chain and site lead at Cork, said: “We’re pleased to see Logitech’s Cork operations grow to encompass more opportunities ahead of the new year. This is a reflection not only of Logitech’s long-term performance, but also the wonderful culture and spirit our employees have developed, here and across the world. At Logitech, talent working out of Ireland is shaping the future, and enjoying it! We’re very grateful to IDA Ireland for their consistent support over the years.”

Bracken Darrell, Logitech president and chief executive officer, said: “In recent years, Logitech has begun to transform into a design company, tapping into trends in gaming, remote work, video collaboration and creativity. This process of reinvention continues. We are innovating with new product experiences every day and driving for positive change in the areas of equality and the environment. All this, thanks to our fantastic teams. As a company, we have a strong flexible working culture, with employees contributing to Logitech’s business from locations all over the world. Cork is a key link in that chain, and we’re keen to see more talent join our colleagues there.”

CEO of IDA Ireland Martin Shanahan said: “Since 1988, Logitech has grown its team in the South West region to 200, and this announcement makes evident the company’s ambition to continue that growth. This announcement by Logitech demonstrates IDA Ireland’s proven ability to win high-skilled roles in regional locations. I wish them continued success.”

More information on Logitech careers, both for people seeking work from Ireland, or in Ireland, can be found at the company careers site.

About Logitech
Logitech designs products that have an everyday place in people's lives, connecting them to the digital experiences they care about. More than 35 years ago, Logitech started connecting people through computers, and now it’s a multi-brand company designing products that bring people together through music, gaming, video, and computing. Brands of Logitech include Logitech, Logitech G, ASTRO Gaming, Blue Microphones, Streamlabs, Ultimate Ears and Jaybird. Founded in 1981, and headquartered in Lausanne, Switzerland, Logitech International is a Swiss public company listed on the SIX Swiss Exchange (LOGN) and on the Nasdaq Global Select Market (LOGI). Find Logitech at www.logitech.com, the company blog or @Logitech. 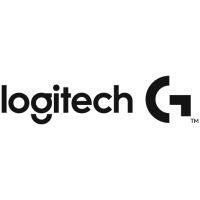