The M20 must continue apace and facilitate and prioritise public and active transport options, Cork and Limerick Chambers have stated.

Both Chambers continue to emphasise the need for improved intercity connectivity to decongest the existing route which passes through urban centres, and to enhance safety and journey times for logistics and other road users.  They also clearly state that motorways need to be treated as public transport arteries, with facilities such as park and rides and bus corridors where they meet with cities and towns.

Dee Ryan, CEO of Limerick Chamber said: “The selection of the route for the motorway was a milestone for the project and while that has to be fine-tuned, that key step has been taken.

Heavy traffic must be facilitated on a dedicated transport corridor outside of the residential setting to allow town and village life to centre around people. But beyond reduced journey times, and taking traffic out of the towns, how do we design a transport corridor that makes a significant impact on travel patterns and car dependency? One way we do this is by prioritising bus and cycle at every point where the motorway meets with a town or city. Another is by ensuring that the route is complemented by a greenway connecting Limerick and Cork. We must design a transport corridor for the future. The project is about regional connectivity, and fits seamlessly with the Limerick and Cork metropolitan area transport strategies which are focussed on sustainable and active mobility in our city regions.”

Conor Healy, CEO of Cork Chamber said: “The M20 will bring Cork, Limerick and Galway closer together. Each of these city regions has exceptional targets and ambitions set out in Ireland 2040 and their growth is critical to a geographically balanced economy. For business, connectivity regionally and internationally is a constant source of frustration for attracting and retaining investment. This is the reality and to create a resilient economy we must continue to invest in functional regional connectivity in parallel with a robust overhaul of how we approach transport in general, which has obviously been a one trick pony for far too long.”

“The Indecon report we published in 2017 shows that investment in this transport corridor will support an estimated additional 4,000-5,400 direct jobs in the region with a gain up to €128 million per annum for the exchequer. We look forward to engaging with Government to ensure the most progressive design possible is brought to fruition and to finally address the appalling functional and safety deficiency of the current route as soon as possible.” 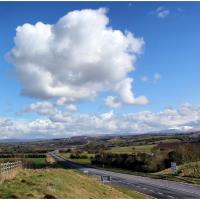