Awards to recognise Cork people and companies that “did sound things” during the past 18 months of lockdowns.

MBC Financial, a Cork based Financial Services company has announced the Rebel Spirit Awards, an event to recognise Cork people and companies that provided help during the lockdown to make life easier for the people in Cork and beyond.

The awards want to pay tribute to the artists, musicians, companies, community activists, public service members and more that made hearts burst with joy when we needed it most. There are 12 award categories for the Rebel Spirit Awards and members of the public can nominate
people and companies they think should get recognition. All nominees will be considered by a panel of judges.

Speaking about the awards, Alan McCarthy from MBC Financial said “We wanted to highlight some heroic work done by Cork people and companies during the lockdown. We still hear of so many warm stories about people that did fabulous things for others, and we thought an
event could be created to bring them together and to celebrate them.”

It being an event for Cork people, there is of course a category for
those not from Cork but who still show rebel spirit

Thanking those who didn’t want a fuss made. Sarah Walshe from MBC Financial added “There were quiet heroes all around us doing work to help others out, people who did it because they felt it was the right thing to do, and never sought any attention for what they did. We want to hear about them and let others know whatthey did.”

Sarah gives examples:
The people who had to stay at home who made scrubs, who knitted blankets, made masks, baked and made meals for others.

Those that contacted their neighbours offering to do tasks/jobs for them like shopping, collections etc

The event will be run by Damien Mulley of Mulley Communications who
runs other awards shows around social media and the web.

The awards ceremony takes place in the Metropole Hotel on November
17th, it will be a ticketed event and free for finalists.

Nominations will open on October 7th on http://rebelspirit.ie/ 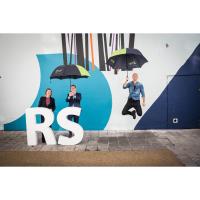