Writer/director Mathieu Kassovitz’s bold and inventive film, beautifully shot in black and white by Pierre Aïm, may be 25 years old, but with its themes of social and economic divide and urban discontent, it feels as fresh and relevant now as it was then – a true modern classic. La Haine returns to the big screen, released by the BFI in a stunning new 4K restoration to mark its 25th Anniversary.

Based on real events, La Haine focuses on three friends over the course of one day in a suburban Paris banlieue in the aftermath of a riot. With tension in the air and the police on constant surveillance, it’s not long before prejudice and hostility turns into violence, with tragic consequences... 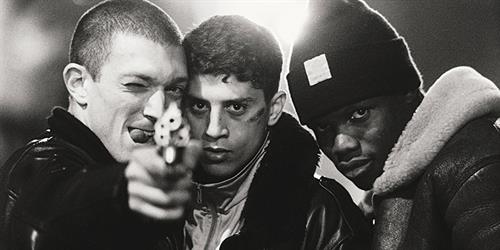