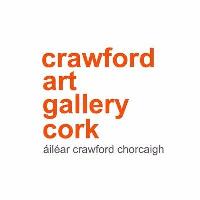 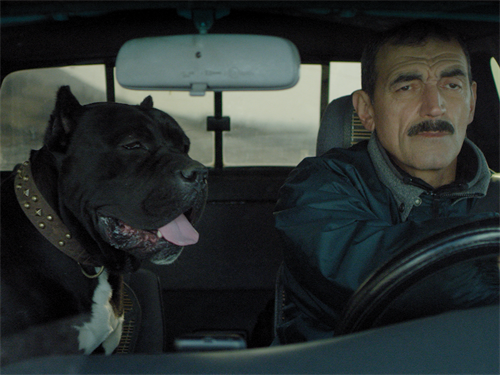 Vajiko Chachkiani’s film Winter which was not there (2017) is presented at the Crawford Art Gallery to coincide with Recasting Canova, our bicentenary celebration of the Canova Casts, the prestigious gift that forms the basis of the gallery’s collection.

Vajiko Chachkiani works in film, object making and installations delving into human perception and the culture of remembrance, between the reality of the outside world and the inner human psyche. In Winter which was not there, a man watches a sculpture of a man being hoisted out of the sea. Though the subject of the sculpture is not identified, the classic heroic monument bares a strange, somewhat uncanny likeness to the man watching the event. The stone figure is then attached to the man’s truck and a strange narrative ensues as we watch the middle aged man drive, until dusk, through landscapes and ultimately urban settings, alongside his vigilant dog.  In Chachkhiani’s film the sculptural object is the protagonist, we watch in curious disbelief as this stoic character is mercilessly ‘disassembled’.

Winter which was not there can be viewed as a metaphor for the liberation of an individual from his or her own history, but in doing so asks if one can ever be free from one’s image and past, which ultimately informs how we interact in the present.  It also raises wider societal questions of why historical figures are canonised through the medium of art, and what is the impact on the individual when history eats itself and iconic political and cultural sculptures become obsolete. How does the public and the private sphere interfere with and influence our consciousness?